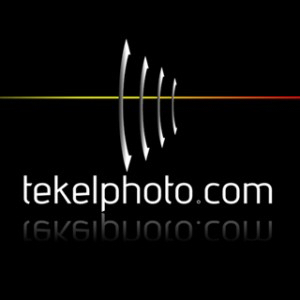 Home » Ohh how I missed this

Ohh how I missed this

12th April 2021 was the date engraved in my mind since Christmas. According to the UK government’s advice, we were not allowed to travel outside the county for any leisure. On this day lockdown should ease out and we should be able to travel again. It was hard for everyone, but not be able to go out with my camera slowly crushed me. I waited and waited and in meantime made some plans where I want to go when the ban is lifted. Of course, I’ve booked 2 days off from work.

Kinder Scout is the location I have been many times. I love it there, always feels like I photographically only scratched the surface. Woolpacks are my favourites. On the 12th I was ready and together with Chris and Daniel, we started from Edale train station. The plan was to go up Grinds brook clough and then walk across the plateau and descent via Jacobs ladder.

It was a great feeling to put my walking boots on again. Ooooh how I missed this. Then, I put my backpack loaded with my large format camera on my back. I definitely did not miss this. One thing is clear, to carry a large format camera with all accessories up to Kinder is not a joke. I was sweating, but at the same time super happy to be out. I did not even care about the weather, which was OK by the way.

The first stop was a little bridge over Grinds brook. I had my film holders loaded with Ilford FP4+ and Shanghai 100. I really like FP4+ film due to its beautiful grain. Shanghai film is something like an experiment. I bought a box from eBay for cheap, so I’m testing it. I composed the picture, focused it under the hood, and measured the light. Ooooh how I missed this. I can confirm, the magic is happening under the dark hood of my camera. I was smiling all the way when I loaded the holder and pressed the shutter. Exactly what I needed.

Then, we began the ascent to the Kinder Scout plateau. When we reached the top, the wind was strong but the weather was not bad at all. I recently bought a new lens, a beautiful Schneider-Kreuznach APO-SYNMAR 5.6/210mm and I wanted to test it. It was a challenging task in this strong wind. I tried and have some sharp pictures which I am happy about. I definitely want to test it as a portrait lens, so stay tuned for that.

I mentioned it in my previous articles I love the Woolpacks area of Kinder Scout. I can easily spend all day there photographing rocks. It reminds me of a park full of abstract statues. Beautiful.

I shot a few sheets of film and realized my friends left me and walked away. ( They did not take many pictures). Then, I get a message asking where I am and when I come down. I have completely lost sense of time and realised that I need to start packing stuff up and move towards Jacob’s ladder where our meet point was.

I really enjoyed my time between the Woolstacks with my camera so much despite the wind. Ooooh how I missed this.

Reunited with my mates we walked down to the Edale cark park, super happy about the trip.

At home, I have processed my shots in Caffenol C-H and I am quite pleased with the results. A couple of shots are not sharp due to strong winds but that’s OK because the main target of this trip was to go out and enjoy it. And I truly enjoyed it. Cannot wait to go out again.

Did you go anywhere during the first day of eased lockdown? Let me know in the comment box below!

2 thoughts on “Ohh how I missed this”